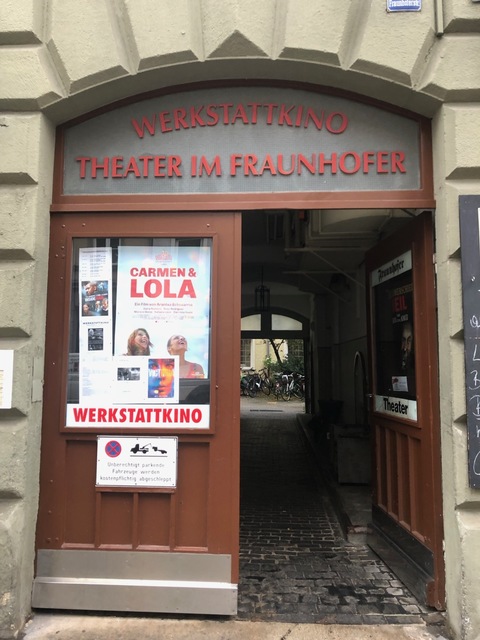 Located in the Ludwigvorstadt-Isarvorstadt district of the city centre. The Werkstattkino was a conversion of a one-lane basement bowling alley and it opened as a cinema in 1974. The Werkstattkino (work shop cinema) itself recieves no financial support, although it occassionally gets funding from the city cultural office for specific projects such as film festivals or retrospective seasons. The Werkstattkino runs a large rental film library and has become one of the most influential and inspirational venues on the busy German ‘off-circuit’ cinemas. It is programmed by 5 or 6 longtime volunteers, who work strictly as individuals - not a collective, and the array of films presented is probably the most wide ranging of any other cinema. The screen size is 7 square metres. The E VII B projectors are by Ernemann and a Siemens 2000 projector is used for 16mm films.