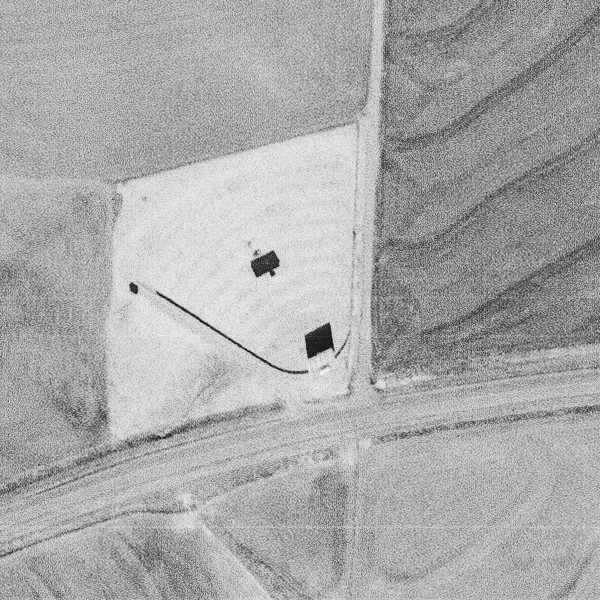 The Hays (KS) Daily News wrote, “The Atwood Drive-In opened in the summer of 1953 with a showing of "Robin Hood” It must have been late-summer, because The Exhibitor wrote on August 26, 1953, “Don Skalous, Dr. E. L. Warta, and Arden Holthus started to build a drive-in near Atwood, Kans".

Listed as Drive-In, the Atwood first appeared in the 1955-56 Theatre Catalog, capacity 260 cars, owner Arden Holthus. The Motion Picture Almanac series listed the owner as A. Holthus through 1966. The owner was Edmundson in the 1977-79 MPA editions, and the Atwood fell off the MPA list in 1980, though a 1980 aerial photo showed the drive-in intact.

The occasion of the July 13, 2003 Daily News article was the toppling of the screen in a windstorm the weekend before.

The Atwood Drive-In was about a mile west of town on US 36 at the northwest intersection of a road shown as RD 19 on Google Street View. The original driveway and a few hints of ramps are all that is left.