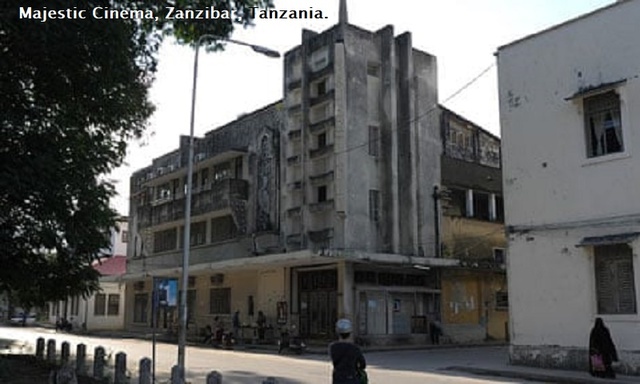 Built on the site of the Royal Cinema Theatre/Majestic Cinema Theatre which was destroyed by fire in 1953 (It has its own page on Cinema Treasures). Located in the Stone Town district of Zanzibar City. The Cine Majestic was designed in an Art Deco style and opened in 1955. It was closed in the 1980’s and fell into a state of disrepair. Eventually the roof fell in. However not to be daunted, the cinema is open in 2019, with a small number attending what is now an ‘open-air’ cinema. It is hoped that repairs will be carried out and if so it will have 200 seats. There could also be plans to demolish and build an office block on the site.