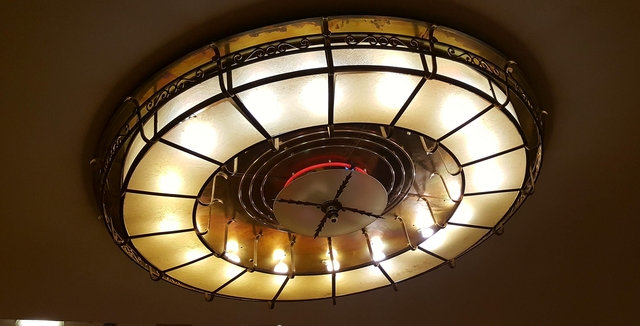 Located in the Rhineland western Germany city of Bochum, between Essen & Dortmund. Motor car manufacturer Friedrich Lueg built the 5-storey Leug-Haus as offices and a car showroom. At the rear of the building was the auditorium for the Union Filmtheater. The entire building was designed by Dortmund based architect Emil Pohle. The 1,600-seat Union Filmtheater was opened on 1st October 1925. It had 1,274 seats in the orchestra level and 326 in the balcony.

The building survived heavy Allied bombing on 4th November 1944 and again on 8th May 1945 & 27th July 1945. However it was closed for a while. It re-opened in 1950 with a reduced seating capacity of 1,182 following a renovation to the plans of architect Friedrich Reum. In 1953 it went over to live theatre use and was re-named Union-Theater. One production which stood out was a ‘modern’ version of William Shakespeare’s “King Lear” presented in April 1974.