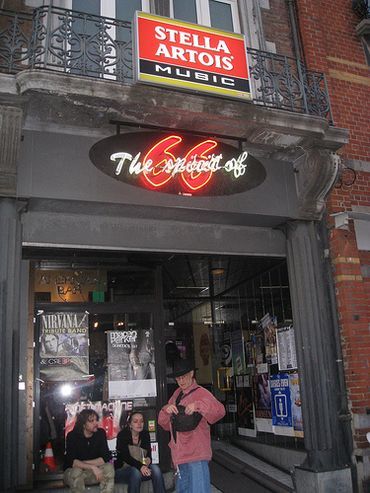 After years of inactivity it was taken over by Francis Geron in June 1985 and became a live show theatre, specializing in rock music with International stars, Alvin Lee, Status Quo, Wishbone Ash, Manfred Mann’s Earth Band are just a few who appreared here. Known as Spirit of 66, it has become a well known place in Belgium and 2,000 artists have appeared here. It has a Route 66 inspired decoration in the auditorium.