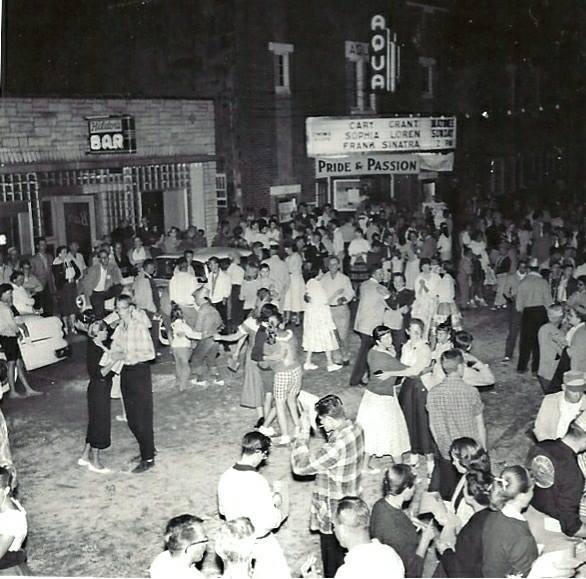 Per Fred Fritz Hennig regarding the fire: “I was there in the audience when it started. The Movie featured 19-year-old Jane Russell in a loose peasant dress. The Movie, Howard Hughes' ‘The Outlaw,’ was made in the early ‘40s but not released until years later – a long story. It was said that Jane was so hot that when she bent over Jesse, giving the audience an ample down blouse look, it set the movie on fire. Actually, the movie was printed on old film stock which was highly flammable. The projectionist was in a hurry to change reels, dropped a hot carbon arc rod on a roll of the old film, and up it went! Lots of fire and nasty smelling smoke. There were weird flame patterns in the auditorium until the projection room window shields automatically dropped down. No one was hurt and the audience didn’t panic, the men perhaps savoring the last pleasurable scene on the screen.”

Address is 205 Front Street.
Building currently houses Alexander’s Pizza, and the marquee overhang is still in use but covered with signage.

Still In Operation Since 1970.

Has been a pizza restaurant since 1973. Vacant prior to then.