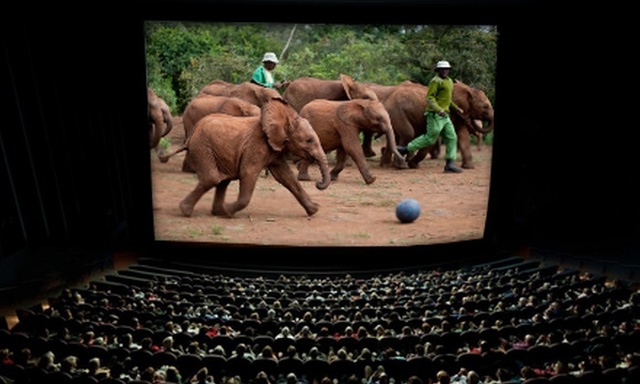 The IMAX Theatre at White River State Park opened December 19,1996, with “Across The Sea Of Time”, a documentary about Ellis Island.

Showing mainly educational and nature films at first, it presented it first Hollywood blockbuster on July 9,1998, with “Titanic”.

In 2002 Ratio Architects, designers of the new new Indiana State Museum, incorporated the IMAX Theatre into the plans.