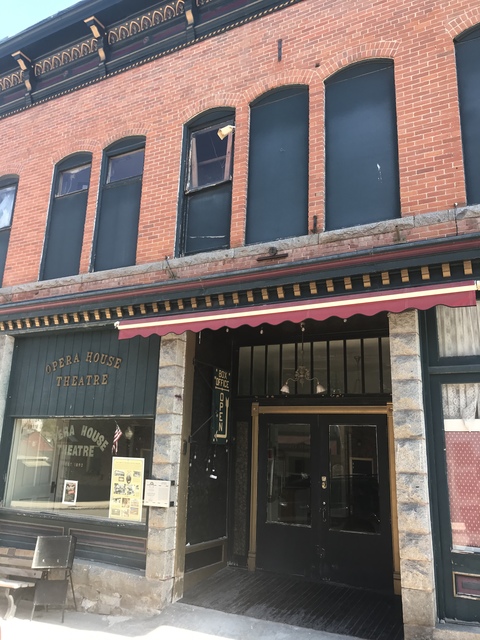 Built in 1891 as the McDonald Opera House, the currently restoring Opera House Theater is the oldest operating theater in Montana. The house changed hands in 1919 and it began showing movies under the name Granada Theater.

This location showed movies under the name Granada until at least 1975. At that time the city of Philipsburg fell on hard times as a result of the closing of the smelter in nearby Anaconda. Restoration of the Opera House Theater began in 2000 as the city began to transform itself into a tourist attraction featuring many buildings in town restored to their late 1800’s appearance. The restoration of the theater is still ongoing but it features many live performances and occasional showings of classic films and first run releases.

Several pictures from my visit in September 2020 are in the photo section.