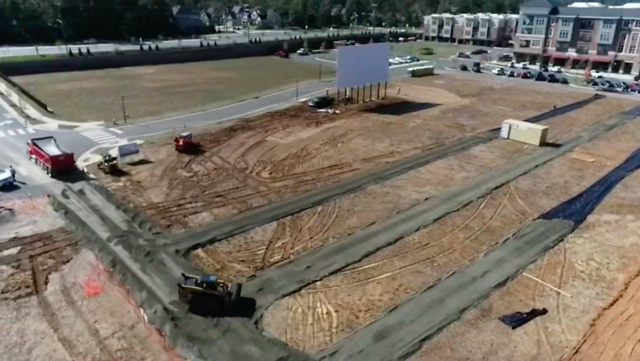 The Drive-In at Carraway Village is the city of Chapel Hill’s second drive-in and is located at Carraway Village in the neighboring area in Chapel Hill. It was first reported by WTVD Channel 11, the ABC owned and operated affiliate for the Raleigh-Durham area. The theatre opened on October 14, 2020 at approximately 11:00 AM; and its first film is a film festival at 7:30 PM.

This is the first Drive-In for the city of Chapel Hill since the Parkvue Drive-In located between NC-54 and Carrie Road operated for a short time from September 1950 until October 1952; and the first drive-in in America to be located in a city or town that previously had a short-lived drive-in.