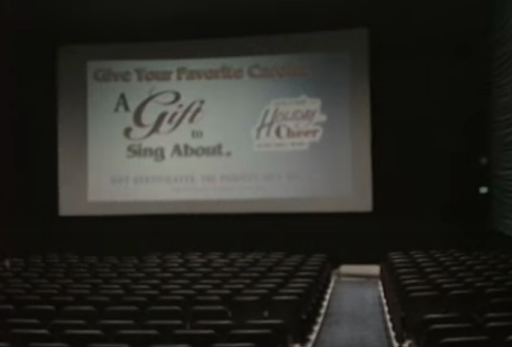 Located in Lone Tree, 5-miles to the south of Denver, CO. When the Park Meadows Mall was originally built and opened on August 30, 1996, inside of the mall considers a United Artists 6-screener which opened around the same time.

Unlike most theatres, the UA Park Meadows considered a basement called “Starport”, which at the booth considers a Showscan 60fps 70mm projector for the usage of “rides” which opened later than the actual theatre, in which the main screens consider 35mm Christie modeled projectors. The main concession hallways and area considers blue lighting, with a big CRT TV located on the right walls next to the posters and decorations. The left side considered the hallways to all 6 screens. 2 of the screens were THX certified auditoriums.

The UA Park Meadows Mall 6 apparently is a very short-lived theatre, which closed in 2000 after a short 4-year run after beaten competitions against the 16-screener, also a United Artists theatre, located not too far from the Park Meadows Entertainment Center between Yosemite Street and C-470. The former Park Meadows Starport then was converted into a short-lived Galyan’s location, and became a Dick’s Sporting Goods later on.