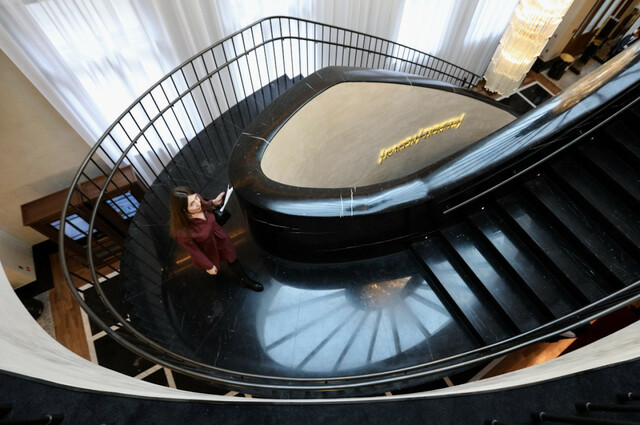 Located on Arbat Square in the centre of Moscow. The Khudozhestvenny Elektrotheatre (Art Elektro-Theatre) was the first purpose-built cinema in Moscow. It was opened in 1909 and was designed by architect Nikolay Blagoveshchensky in an Art Nouveau style. It had 450-seats. In 1913 it was expanded to the plans of architect Fyodor Shechtel, who gave it a Neo-Classical style. In 1926 the World Premiere of “Battleship Potemkin” was held here.

The cinema was damaged during World War II. Repairs were carried out and it underwent several alterations over the years, loosing much of its decorations. By 1997 it was a twin screen cinema with the original auditorium with 747-seats in orchestra and balcony levels and a small 50-seat auditorium.

The main auditorium still has 474-seats. There are now 2 auditoriums each with 46-seats and a small 21-seat auditorium. It is equipped with a Dolby Atmos sound system and Barco high definition projectors.

It is a State Listed Building.