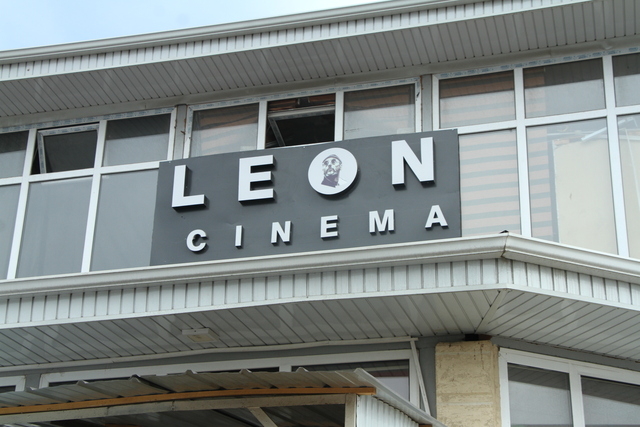 This cinema suddenly came into existence in April 2021. It is located in a new building on the north west of Lenin Street on the edge of Jalal-Abad City. It opened just after the Leon Cinema (1) on the East side of Lenin Street metamorphasised into the Kino Café. The photographs were taken in June 2021.