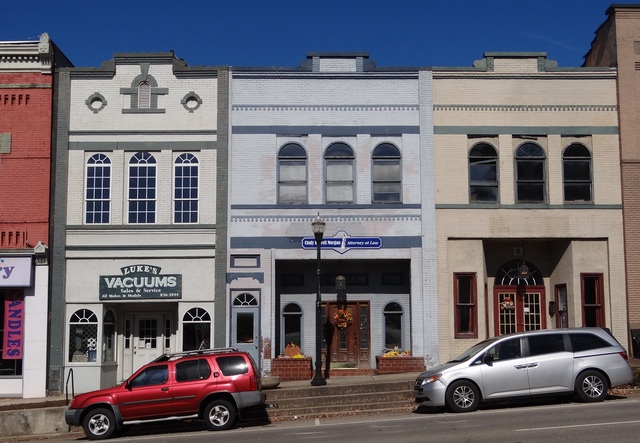 The American Motion Picture Directory 1914-1915 edition lists the Dixie Theatre as the only movie theatre in the town of Sparta, TN. The 1921 Sanborn shows ‘Moving Pictures’ operating in a small storefront at what was then 124 W. Bridge (Street?). This building is shown as a pool room on the 1908 map, and probably dated to the late-1800’s.

It was quite a small space, and although it had been extended to the rear by 1921, the added space was not aligned with either side wall, and was probably used for storage. By 1926 the only theatre listed in Sparta was the Strand Theatre, which may or may not be the Dixie Theatre renamed.

No later maps are available, but this is long closed. The building is in decent shape, and used as a law office.