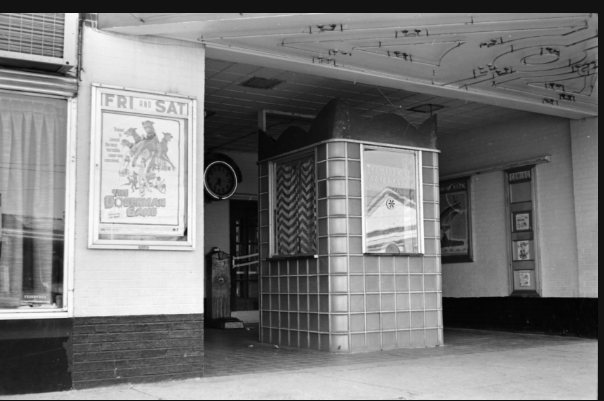 The Tooga Theatre was opened in 1947. It was closed in the late-1970’s and became a Shriner’s building and community center named Dandee Danson Auditorium. In 2021 it is being renovated and will reopen with its original Tooga Theatre name.

The Tooga Theatre was opened at 10107 Commerce Street in 1947. Luther Smith, who had been the projectionist and manager at the nearby Royal, transferred to it when the Royal closed. He and his wife, Beth, purchased and managed the Tooga as well as the Penn Drive-In.

After it closed in the late 1970s the Tooga served as a community center, community theatre and auditorium when owned by the Shriners who renamed it the Dandee Denson Auditorium.

In 2015 it was purchased by Chattooga County and is now undergoing a $500,000 renovation. The name for the theatre has been derived from the County name.

I have uploaded photos of the original entrance, the building under construction, the image of a flyer, the facade as the Denson Auditorium, interior photos prior to the renovation and an illustration of the proposed new signage to restore the Tooga name to the building.