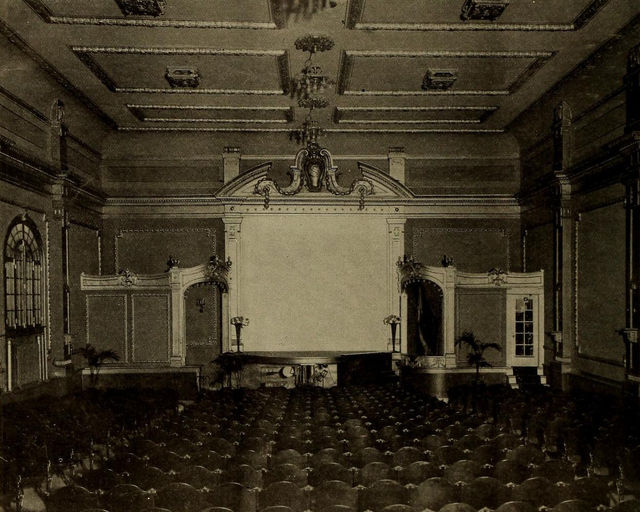 Located in the Oakland neighborhood, on S. Cottage Grove Avenue near E. Pershing Road, this theatre originally opened November 18, 1908 as the Swanson Theatre, a 600-seat vaudeville house. About five years later, it was renamed the Oakland Theatre. It would later switch to movies. The Oakland Theatre survived into the 1930’s, and has since been razed.

According to The Nickelodeon magazine for March 1909, it opened as the Swanson on the evening of November 18, 1908 to an invited audience. It had a seating capacity of 600 and cost approx. $65,000. The interior decoration scheme was done in green and gold leaf. It gave seven shows a day, 3 matinees at 5 cents and 4 evening shows at 10 cents between 1pm & 11pm. Each show lasted about 1 hour & 20 mins and consisted of 3 reels of film, two illustrated songs and a special feature in the shape of a musical number. The operating booth contained 3 Edison projectors and a stereopticon. Behind the screen was the sound effect man who would imitate the smashing of crockery and furniture, automobile horns, footsteps both horse and human. It had seventeen employees under the direction of Mr.S.Segal, the House Manager.