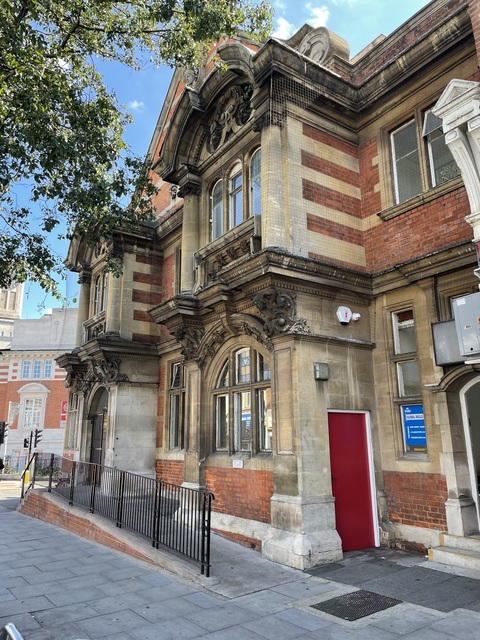 Opening on September 10, 2021, the Act One Cinema has a 77-seat screen created on the ground floor of the former Acton Library. Located on the High Street at the corner of Winchester Street, it was built in 1900 by J. Passmore Edwards and designed by architect Maurice Adams FRIBA, the ornate building is Grade II listed.

The library closed in 2014 and is now back in community use, run a group of local residents. Initially the cinema will have one screen, but aims to eventually install a second screen. The ground floor has a generous lobby with bar and café, and a lounge area, plus a large art gallery space.

The community run venture will feature the best of mainstream and indie cinema, with regular film maker events.

The Act One Cinema is being co-run by the team from the Rio Cinema, Dalston and will share its community values and ethos. The Act One Cinema will also host film festivals throughout the year, and the programming will reflect the diversity of the Borough of Ealing.

The Acton Arts Project Group, headed by Maire Lowe and Amanda Mason, raised more than £60,000 to get the project off the ground, and Catalyst Housing donated a further £5,000 towards the cost. The pop-up will allow the team to begin fund-raising to restore the exterior of the Grade II listed building and attract cash to find a permanent home for a two-screen cinema.