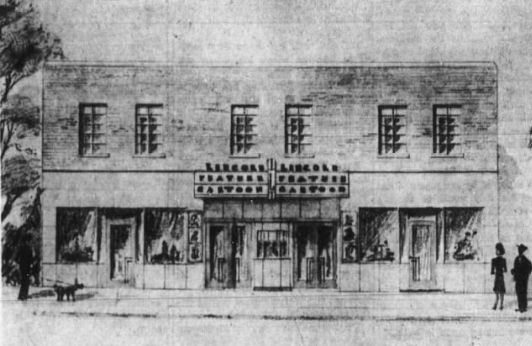 There is nearly lost information at the start. According to my attempt on resources, the town of Stanford had two theatres during the early era of talkies. They were the Stanford Theatre and the Stanford Opera House (formerly known as the Southland Theatre for a time) and the Lincoln Theatre.

From 1949 it was renamed New Lincoln Theatre. It would later remain as the only movie house in the small town of Stanford until the launch of the Davis Drive-In, which happened on May 27, 1952.

CinemaScope though made a major role at the Davis Drive-In, replacing the two-year-old 50x52ft screen out of its misery but the construction was postponed until the end of the season due to precipitation.

The Lincoln Theatre was at 201 E. Main Street. The building is now occupied by offices for the Chamber of Commerce and various community action agencies. Google Street View.

On July 31, 1947, a Kentucky Utilities worker was badly burned after he touched a live wire and fell from the pole in front of the Lincoln Theatre during the afternoon hours. He was transported to the Stanford Hospital shortly afterwards.