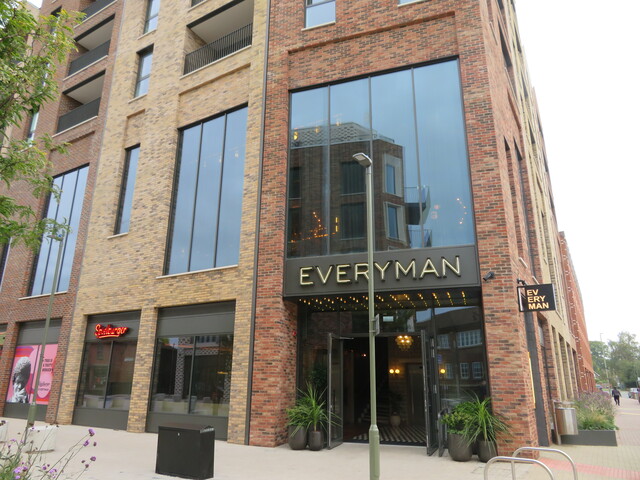 In Egham, in the Borough of Runnymede, in Surrey, the re-vitalisation of the High Street, known originally as Egham Gateway West, includes new shops, restaurants, student accommodation and 100 new homes - and an Everyman cinema located in Gem House.

Plans for this development, which is managed by Runnymede Borough Council and specialists Places for People as part of the Runnymede Regeneration Programme, were approved in June 2019. Work started that autumn, with the main building works set to complete by late-summer 2021. The development, which also includes a new public square, was later renamed Magna Square.

The Everyman cinema eventually opened on Friday 23rd September 2022. Seating capacities are: Screen 1:96, Screen 2:83, Screen 3:59 and Screen 4:35. All have NEC laser projection and Dolby 7.1 digital sound, while Screen 4 is equipped with RealD 3D.