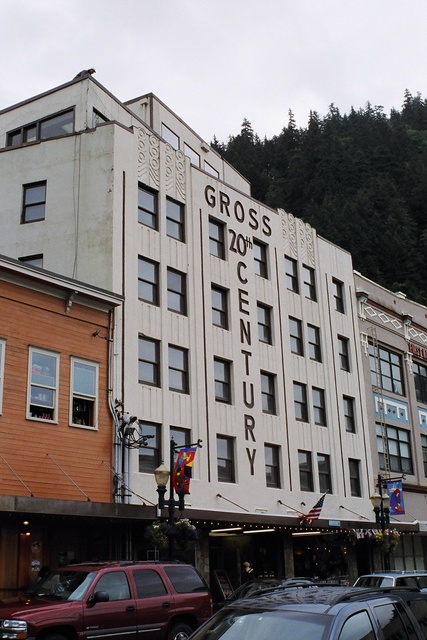 The 20th Century opened in 1940, built for William David Gross, who also owned the Coliseum Theatre in Juneau.

The 20th Century was twinned in the early 80s by creating a second auditorium out of the balcony. The auditoriums were remodeled in 2004, and feature DTS sound. Both auditoriums feature the original 1940 Simplex projectors.

Here is a link with some photos:
http://tinyurl.com/j2gt4

A 2005 partial view of the 20th Century theater in Juneau.