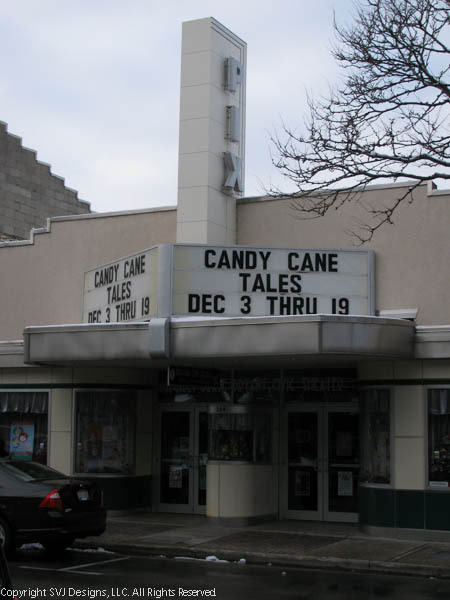 Built at the turn of the century, the Empire Theatre was opened in 1906 and was showing movies in the 1920’s. It was renamed Pix Theatre in 1940, operated by Standard Theaters Management Corp. It was Waukesha’s first second-run house, in addition to the first-run Avon Theatre and Park Theatre.

Designed by architect Albert Keymar in Art Moderne style, the Pix Theatre featured a facade of cream and green colored tile panels, with stainless steel highlights. A pylon tower with the theater’s name on it and a plain marquee also were part of the exterior’s design. Inside the theatre, the auditorium featured relatively little decoration.

The Pix Theatre was donated to Waukesha Civic Theatre by Bryce and Anne Styza and a capitol campaign began in 1998-1999 to raise funs to renovate, restore and add to the building, making it a performing arts venue. It became the home to the Waukesha Civic Theatre in 1999. A new major gift in 2006-2008 helped to raise funds for additional improvements to the building. Now restored to its original appearance, with accomodations made for modern, live performances.

The theater is listed on the State of Wisconsin’s Register of Historic Places.

The ceiling of this theatre was stained and falling apart in the early-mid 80’s. It was pretty scary for kids to go there.

Here is an item from Boxoffice magazine, November 1947:

WAUKESHA-“Forever Amber” has folded at the Pix Theater because of a lack of attendance at the $1.20 admission figure. The film had also been target of an attack by a Waukesha Catholic priest.

does anyone have any pictures of the inside of this theater (before it became the Waukesha Civic theatre) that they could post?

This web page about Waukesha’s movie theaters says that this house opened as the Empire Theatre in 1906 and the building was remodeled and became the Pix Theatre in 1940.

I can’t find any references to an Empire Theatre, or a Pix Theatre, in Waukesha during the 1920s or 1930s in any of the trade publications or in the local newspaper. I suspect that the Empire was converted to other uses for at least two decades, and then reconverted into a theater again.