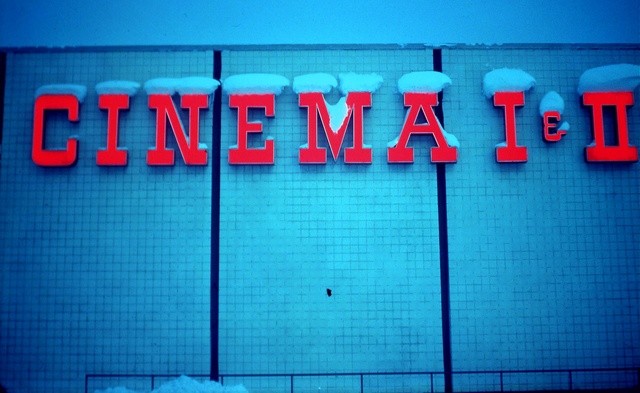 Located in Amherst to the southeast of Buffalo, NY. General Cinemas first entry in the Buffalo area was built as a twin, as part of the Boulevard Mall. It opened on February 16, 1966 with Natalie Wood in “Inside Daisy Clover” & Kirk Douglas in “The Heroes of Telemark”. On October 31, 1973 the larger screen was twinned.

I think the one I am thinking of is University Cinemas.

The status of this cinema should also be changed to “Closed/Demolished” as it is long gone.

It was a three-screen by the mid-1970’s and latter a forth was added.

The Mall opened in 1962. Did the cinema also opened at this time?

The cinema opened in early 1966. Going for the first time it appeared modernistic with its blue light showing on the screen as my family seated ourselves. We saw a double bill of SHIP OF FOOLS and CAT BALLOU. The first film shown there was A PATCH OF BLUE.

Though I grew up closer to the Amherst theater and went to many of the older Buffalo neighborhood theaters like the Bailey, Kensington and Grenada the Boulevard Mall was for all intents and purposes the theater of my youth even though it was a trek to walk there from my Eggertsville home. Only other complex that came close was the Holiday Showcase for amount of movies seen at a particular venue circa 1975-1981. I do recall when it was just two screens, then three, then four, then gone. I used to go to sneak previews there all the time. From Nickelodeon to Close Encounters. Saw Star Wars there about ten times and spent the entire summer of 77 watching Rollercoaster close to 30 times. I think the last film I saw there was Do the Right Thing in 1989. Nothing all that special about the place. As soon as the University General Cinemas opened up down the block on Maple in August of 81 and then the AMC Maple Ridge in late 1986 this place’s days were pretty much numbered. Still don’t know how they managed to stay open over a decade past that.

A movie theatre will return to the Boulevard Mall next month as the Screening Room Cinema Cafe moves from across town to its new location. 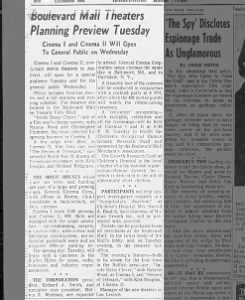 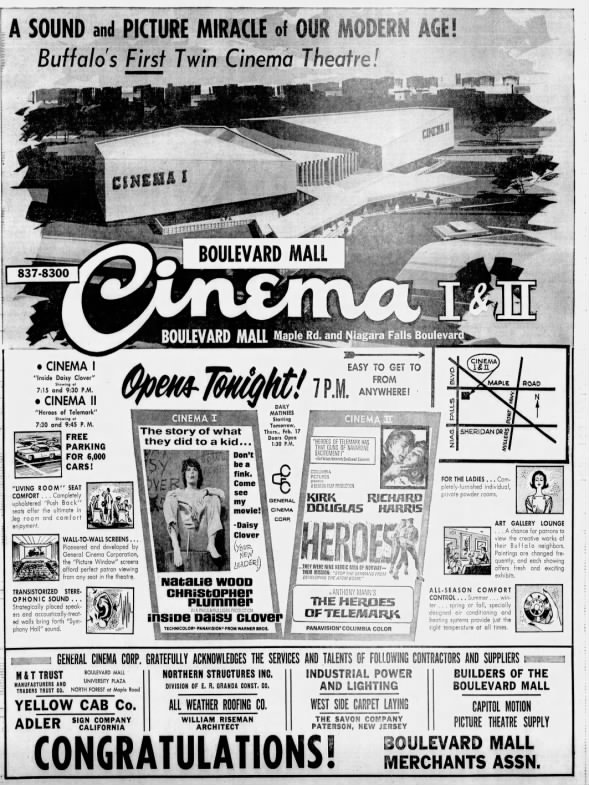 An copy of the Northpark cinemas in Dallas Texas

The large screen at the boulevard was destroyed to fit in two smaller screens for a total of three screens on October 31st, 1973. Grand opening ad posted.