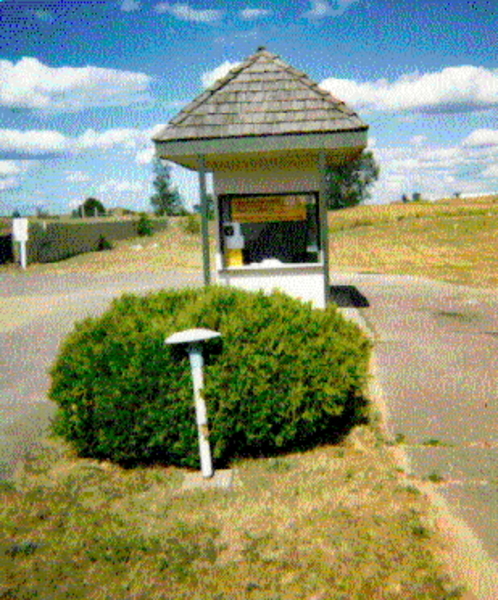 The Gemini Drive-In opened August 31, 1973, around the time the ‘Golden Age’ of drive-in theatres was coming to an end. This single-screen theatre could accommodate 300 cars, and was part of the Grengs Theatres mini-chain, which also included the indoor London Square Cinema Six and Cameo Budget, both in Eau Claire as well. Grengs Theatres were taken over by Micon Cinemas around 2010.

The popular Gemini Drive-In showed first-run features and its season ran from May until September. It was closed at the end of the 2015 season and was demolished in 2016.

Any comments or questions regarding any drive-in theater in Wisconsin, please check out my website at
www.drive-inthruwisconsin.com There you will find photos, original newspaper ads and a whole lot more. Or contact me at I will give you complete and accurate information about Wisconsin drive-in theaters, just ask. Thanks, Charles Bruss

Ken mc,Great pictures and reading.Thanks.Looks like a top notch operation.

The Gemini Drive-In has made the conversion to digital.

Eau Claire (WQOW) – It may have been Gemini’s best year of business in five years, but the profit wasn’t enough to break even.

The general manager said they’ve never made a profit off of the theater and it wasn’t doing well when they bought it five years ago either . The theater only takes up 10 of the 40 acres. The owners were hoping to sell the land the theater wasn’t using, but Eau Claire Co-Op Oil Company wants to buy the entire 40-acres.

DRIVE-OUT: GEMINI TO BE SOLD TO EAU CLAIRE OIL COMPANY

“It has by far been the hardest decision we’ve had to make and we come out here on Friday nights and we see the families out here and it just breaks our heart, you know to have to say goodbye to it unfortunately,” Dan Olson, the theater’s general manager, said.

For now, the owners plan to keep the equipment. They hope to relocate somewhere but don’t know if, or how, that will happen. The land still hasn’t officially been purchased.

This opened on August 31st, 1973. Grand opening ad in the photo section.

was demolished in 2016 sadly with no trace of the drive-in remaining. please update!