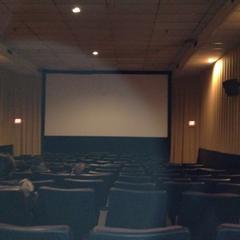 Located in the Hickory Shopping Center, the Chatham Cinema was opened on April 25, 1973 with Walter Matthau in “Pete ‘n Tillie”. It has been a part of the Roberts Theatres for over 20 years. A single screen, modern, comfortable and appealing in décor venue. Art work is featured in the lobby and complimentary coffee is served prior to the start of the show.

The Roberts Chatham Theatre was closed and ‘For Sale’ in October 2021. It was reopened on July 8, 2022 as the Chatham Hickory Cinema.

I haven’t visited this theater yet, but Roberts Theatres does a great job at running its other theater, the Wellmont in Montclair.
Here is their website: http://www.robertstheatres.com/

Chatham Cinema to get new marquee.

Not sure if this was installed yet.

Extracted from this article:
The Star-Ledger (Newark, NJ), Feb 28, 1997 p018
Theater goes the neighborhood; As movie multiplexes become megaplexes, it’s nice to know the Bijou is just around the corner. (TICKET

Sandwiched in the Hickory Tree Shopping Center, the movie house and its marquee are almost indistinguishable from surrounding shops and eateries. But that doesn’t stop patrons from swarming in. It’s a real find for moviegoers who are interested in art films.

The 250-seat theater has been owned and operated by Bob Roberts for the last 20 years. A New Yorker, he also owns the Lost Picture Show in Union (see above), the Brook Theatre in Bound Brook and the Wellmont in Montclair.

“We cater to a more sophisticated audience that appreciates the intimacy of a small, single-screen theater,” Roberts says. “People come to us from all over because they can’t find the kinds of films we run in the average theaters.”

His taste gravitates to offbeat, independent foreign products like “The English Patient.” “It’s taken a long time but more people have come to appreciate first-rate art films like this one,” he adds.

After entering the lobby, patrons can linger in an art gallery filled with works provided by such establishments as Affairs of the Palate/Palette, an art gallery and dessert cafe in New Brunswick.

Coffee lovers are treated to a free cup of their favorite brew and the concession stand offers the usual fare of popcorn, sodas and candy.

“This is almost like family rather than a business,” says Chris Smith of Bloomfield, the theater’s manager. “And we want people to feel like they’re part of it.”

The solitary film I saw at this theater was MONTY PYTHON AND THE HOLY GRAIL. At the time the Chatham Cinema was one of the few that boldly dared show screen the movie. It was a packed house. It was not until two months later that other movie houses, such as the Berkeley Cinema, got around to showing the same film.

I tried finding this theater for Crazy Heart. It’s located is some shopping center and with the terrible parking, we were unable to find it. So we decided to go to Montclair to see it. Still, it shouldn’t be that hard to find 1 theater

did the power go out at this theater?

This is the only single screen theater left in the County that shows mostly movies, specifically art house movies.

Please update its Roberts Chatham Cinema as per website