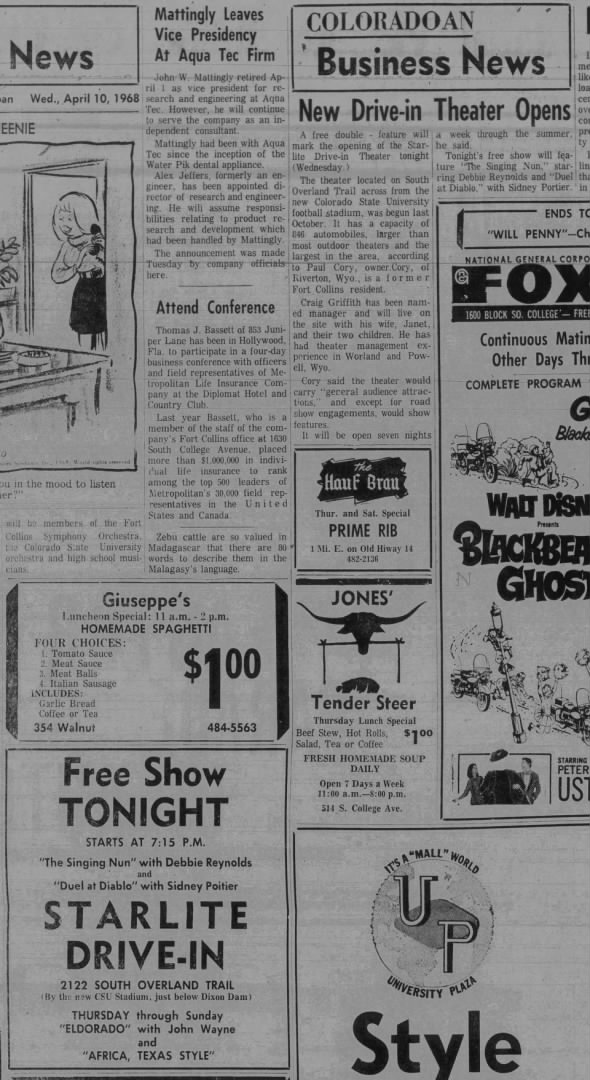 An article from April 2016 suggests that a new housing development south of the property may complicate the Holiday Twin’s continued operation. Tons of great history in the article too.

The Holiday Drive-In has made the conversion to digital projection.

***a few rows of the original in-car speakers still exist.

Maybe it would be a good idea to get a hold of Mr. Webb. After all, the Sunset was his competition, albeit for a very short time.

Just visited the Holiday Twin again tonight (4-20-09) for a showing of “17 Again) and "Knowing” on screen 2. This theater is a real class act. The restrooms and snack bar have been beautifully renovated since my last visit.

Also, they still include many wonderful, classic snipes and trailers. The show started out with a 2-minute or so vintage trailer (1950’s?) welcoming patrons to the drive-in and suggesting that “patrons make this drive-in a weekly habit.” At intermission, a short 2-minute trailer (newer) ran basically telling of the drive-in theater business' fragile state and encouraging patrons to visit the concession stand to help keep the theater open. Followed by that was a vintage (1950’s or 1960’s) 10-minute intermission clock, the same one that was used in “Grease.” I was chatting with the manager, a very friendly guy, who showed me the booth. I could not make out what kind of lamphouses they had but they were originally carbon arcs and converted to xenon. The platters were Christie and I believe that the projection heads were Simplex XL’s but they may have been 35’s.

God bless the owner for keeping this theater open. It is in the western end of town which is very beautiful. When viewing a film on screen 2, the screen is surrounded by the beautiful foothills. There are housing developments on 3 sides of the theater. I’d imagine the land is worth nothing short of a fortune!

The Holiday sure has a fond spot in my heart. It was the first drive-in I ever saw a movie at. At one point, they were hoping to add a 3rd screen but nothing ever became of it. The theater is in western Fort Collins…a very pretty part of town with the foothills right across the street. Housing has sprung up all around the theater and god bless the owner for resisting the temptation to sell. The owner is Wes Webb of St. George, Utah.
Last visited in September of ‘06 to see “Wicker Man” and “Beerfest” with my ex-boyfriend. At that time the old gal was still going strong and even had some of the original speakers. I believe it’s time for me to pay The Holiday a visit again soon…