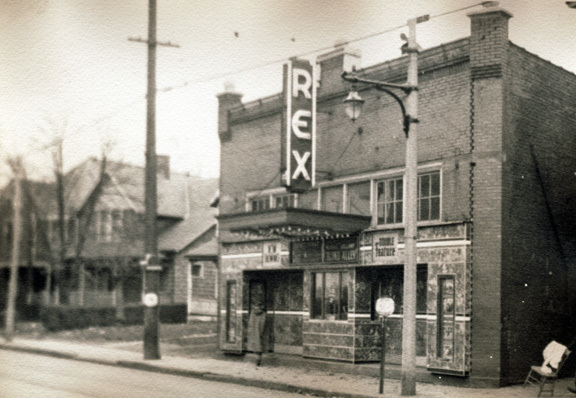 Back in the 1930’s and 1940’s, this old house showed Tom Mix and Roy Rogers films. For a nickel, we would spend a Saturday watching cowboy and Indian films.

I found a source indicating that the Rex Theatre was in operation at 4305 Warner Road as early as January, 1916. Perhaps the street number was a typo, or perhaps the theater started out at 4305 and later moved to larger quarters across the street.

A telegram from the Rex Theatre’s operator, C. S. Reinberger, was placed into the records of the Federal Motion Picture Commission on January 19, 1916. The telegram was sent in protest of a proposed Federal censorship law.

4306 Warner is now the location of a business called Motorcycle Specialties. The building (which is a couple of blocks north of Tioga Avenue) is obviously quite old, so if the Rex was at that address then it hasn’t been demolished.