The Lakehills Cinema 4 was opened June 9, 1978 by Presidio Theatres seating 1,250. It had two large auditoriums that were equipped with Dolby Sound. In 1986 the largest auditorium was set up with THX and the smaller theatres were were then set with Dolby Stereo.

Act III Theatres took over operation of the Lakehills in the late-1980’s. The Lakehills Cinema 4 closed in 1999 and has been gutted and a retail music store is now in the building.

This opened on June 9th, 1978. Grand opening ad in the photo section and below 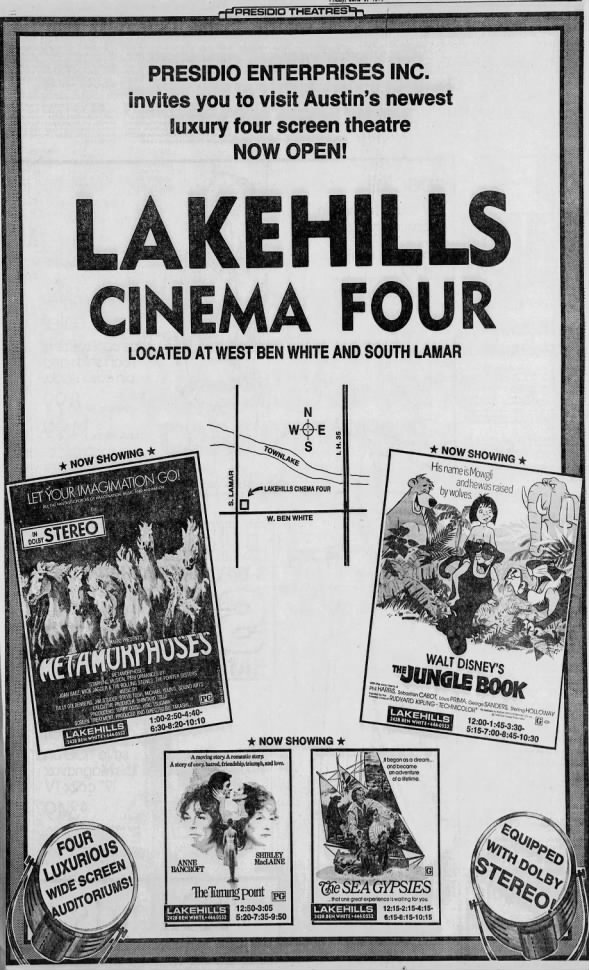