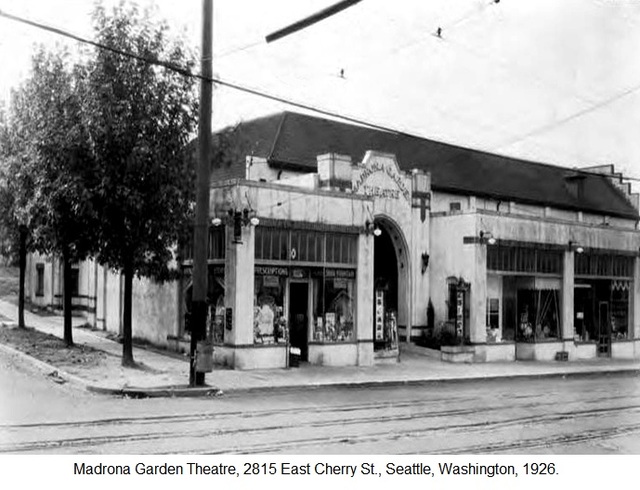 Opened in 1924 as the Madrona Gardens seating 506. Even though small the Madrona had 2/5 Smith Geneoa organ. The theatre was later renamed the Madrona, dropping the “Garden” from its name.

It was closed and demolished in the 1950’s