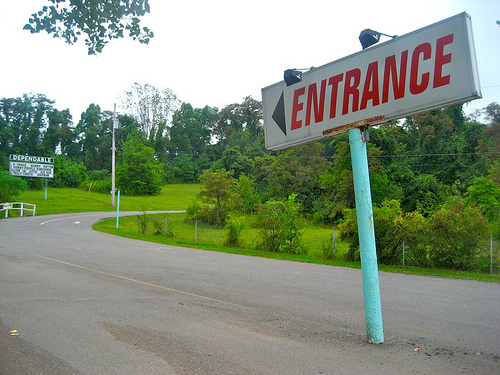 Here is another photo:
http://tinyurl.com/y3tcaxw

Ran a lot of Triple X features,then out of nowhere they have “BATMAN” and “LETHAL WEAPON II” playing together.

In 2006, the Pittsburgh City Paper wrote that Rick Glaus was the drive-in’s “operator … who has run the Dependable since 1968”. Starting that fall, he planned to keep the drive-in open all year.

The Pittsburgh Tribune-Review wrote in 2010 that Rick Glaus “operates the drive-in with his son, Jonathan. The Glaus family bought the Dependable in the late 1960s from original owner Pat Springer.” Some other sources call Rick the son of the original owner.

The Pittsburgh Post-Gazette wrote in 2011 that Rick owned the Dependable, and that he was “a son of the late John Glaus, who managed and owned indoor and outdoor theaters.”

I’m guessing that Jonathan soon became known as Jay, because The Pitt News wrote in 2012 about “Jay Glaus, the 19-year-old manager”.

The Beaver County Times wrote in February 2016 that Jay Glaus was the “general manager”, and the Dependable had just added a 9-hole mini-golf course. A month later, WTAE wrote that Rick was (still) the owner.

The 1952-56 Theatre Catalogs listed the Dependable with owners Norbert and Ernest Stern, Assoc. Drive-In Ths., capacity 400. Or maybe they were just the bookers.

When ownership info returned in the 1978 edition, the capacity was up to 500 and the owner was R. Glaus. It stayed that way through 1982, then the Dependable was off the MPA list by 1984.

The Pittsburgh Press wrote on July 6, 1950 that “The New Dependable Drive-In Theater … opened just a week ago … was heavily damaged” in a flood that caused widespread damage in Moon Township.

The Pittsburgh Press wrote in December 1950 that the Dependable’s “owner”, “president Joseph Marcus, of the Dependable Drive-In, Inc.,” sued DeVry Corp., makers of the film projector, and sales agent D. E. Lovett for selling a bad unit and failing to repair it.

The Daily Courier of Connellsville PA wrote in September 1951 that the Dependable’s owner was Howard C. Benson when it was the victim of a holdup. The armed robber was caught, convicted and sentenced in just three months. Those were the days!

In April 1952, The Pittsburgh Press wrote that the Dependable Corp. had been chartered in 1950 with stock held by three couples – H.C.A. Hofacker and wife Florence, Joseph Marcus and wife Dora, and Robert J. Springer and wife Helen May. The Springers sued the other two couples for leasing the drive-in to Ernest Stern in June 1951. The Moon Drive-In Theater, Inc. “gained control from Mr. Stern” in September 1951.

Robert J. Springer offered a reward in 1955 for whoever shot the tame mallards at the adjoining lake.

In March 1974, neighbors signed petitions against the X-rated movies showing at the Dependable. “Let’s face it – X-rated films are the only thing that saves us,” Rick Glaus, Dependable manager, told The Pittsburgh Press.

Opened on 27/6/1950 with “When my baby smiles at me”. There is also a miniture golf course on the drive-in site(Movieland miniture golf).

I had wondered how the drive-in got its name. Now I know. From the May 6, 1950 issue of BoxOffice:

CORAOPOLIS, PA. – Joseph Marcus, who heads Dependable Coal Co., is constructing a new outdoor theatre near here to be named the Dependable Drive-In.

With the demise of the Twin Hi-Way Drive-In in 2015, the Dependable is now the only operating drive-in theater in Allegheny County