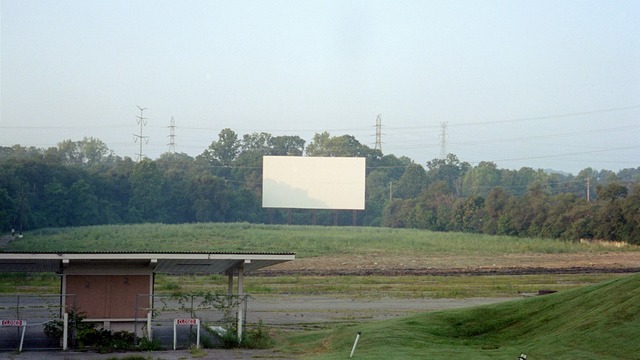 In early April 1955, plans were being drawn up by the Oakley Drive-In Theatre Inc. on Madison Road for a new ozoner. The residents in the area and the Children’s Home on the opposite side of the road waged an unsuccessful legal fight to prevent construction of the new drive-in. They cited the noise, traffic congestion, debris and other objectionable features that are produced by such establishments. In 1956, Judge Carson Hoy refused to grant an injunction between the Children’s Home and the residents against the Oakley Drive-In Theatre Inc. from the construction of the drive-in. The litigants appealed the ruling in the First District Court of Appeals which refused to change it, so they lost. The Oakley Drive-In opened on September 6, 1956 with a screening of the 1956 Alfred Hitchcock directed drama/thriller “The Man Who Knew Too Much” with James Stewart and Doris Day. The second feature was the 1956 western “The Proud Ones” with Robert Ryan, Virginia Mayo and Jeffrey Hunter.

The new ozoner was opened by Oakley Drive-In Theatre Inc. (dba Mid-States Theatres from Cincinnati, OH). The theatre operators were thinking of running wires for the sound to some nearby residences that had a full view of the screen. It sounds likely they were trying to get on the good side of the residences, after the legal battle they had with them about the building of the drive-in. In May 1963, the Oakley Drive-In was sold to Redstone Management/National Amusement Inc. from Boston, MA. National Amusement finally closed the Oakley Drive-In at the end of the season in 2005. It was the last airer in the city of Cincinnati to be operating.

In the late-1980’s National Amusement had started closing their drive-in theatres because of not being profitable anymore. They converted some of the sites into Showcase Cinemas, Cinema de Lux Theatres and other venues. Some of the drive-in’s they just sold the properties. The Oakley Drive-In property was sold and is now a pet salon and assisted living community.

Yep, closed now. I did get a tour of it with my dad one Saturday! They had those really old cameras, like the big blue ones where you put reels of film on the top and bottom. I did get pictures of the marquee, which was great but dull.

The Oakley was still standing as of June 2007. Construction on some building had begun on the lot but one screen, the ticket booths, and some speaker poles were still standing. You can see pictures of it in its current state here…

Here is a December 2005 article about the redevelopment of the property. Status should be closed, if not closed/demolshed:
http://tinyurl.com/275nca

My father lived on nearby Oaklawn Drive at one time and he says when it opened the gave or installed speaker to residents who could see the screen from their backyards…anyone know if this is true?

It is amazing how many Drive-in Theatres were in this city in 1974. August 9 1974 your OAKLEY Drive-in was playing that horrible movie “BORN LOSERS” which was playing day and date with several other walk-in and Drive-in Theatres. The second feature was a DICK VAN DYKE comedy which shows crazy bookings, “COLD TURKEY” both rated PG.

This page has some pictures of the Oakley Drive-in after new construction had begun; scan down to see them: View link