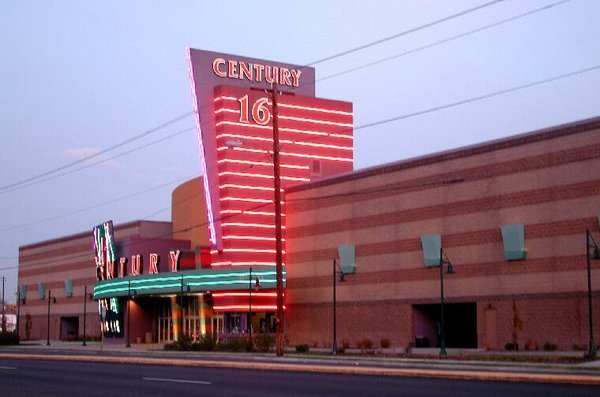 The Century 16 was built on the site of the old domed Century Theatres and the Prudential Federal Savings. The tract that the theatres sit on if 8.41 acres.

The Century 16 had its official opening on October 2, 1998 with a “Canned Film Festival” to benefit the Utah Food Bank.

The theatre features all stadium seating with the auditoriums ranging from 180 seats to 400 seats. All 16 auditoriums are THX certified. The Century 16 is one of the busiest theatres in the valley. 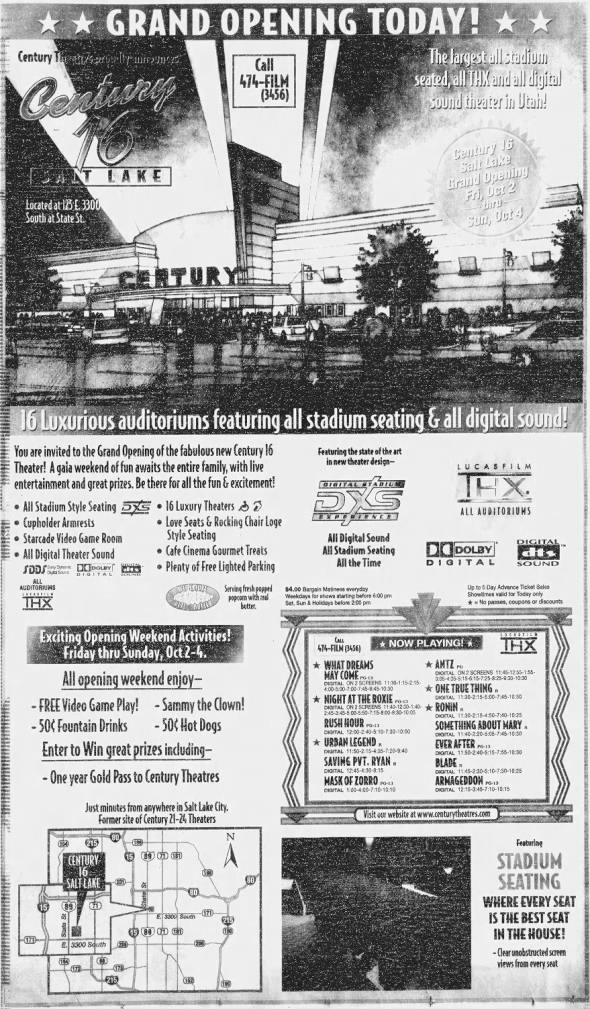