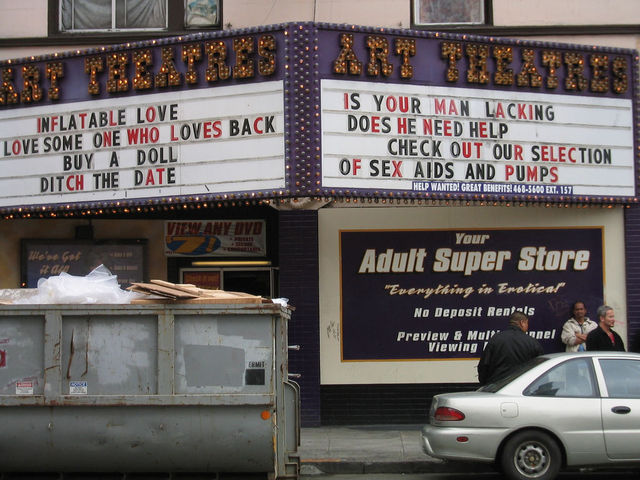 This twin adult theatre was screening double bill programmes in Art 1 (“Deep Throat” and “The Devil in Miss Jones”) and in Art 2 “Behind the Green Door” and “Liberty”) in an advert I have from the November 24 1976 S.F. Chronicle.

Apparently still laboring under the “adult sex shop” banner, this is now called the Art Theatre and is still open.

The Deep Throat/Devil in Miss Jones bill played here for over 10 years!

Today, it is an Adult Bookstore. Another storefront theater.

was this theatre member of the Pussycat chain?