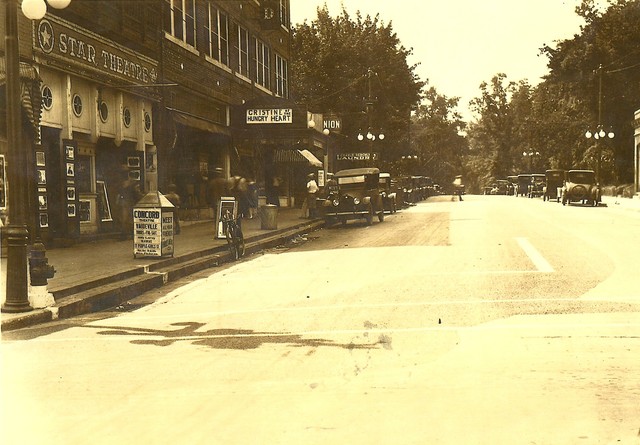 Originally opened as the Star Theatre. It was renamed State Theatre by 1941. It was mentioned in the book ‘Stroke of Fortune’ by William Cline as the theatre that played “Don Winslow of the Navy”, “Junior G-Men” and “Gang Busters”. Cline wrote “Knowing that the serial "Gang Busters” would be playing in the next town over, Cline took seven cents for the bus ride to watch it again in Kannapolis, NC., a unique plan for a fourteen year old"

The building is now housing the Cabarrus county’s office of downtown development. In fact you can still see the joist that used to support her marquee. You can also see the slanted projectionst windows. Sadly enough the State Theatre sits beside the bricked up a semi abandoned Carolina Theatre.

I remember the State as being across the street from the Cabarrus Theater.