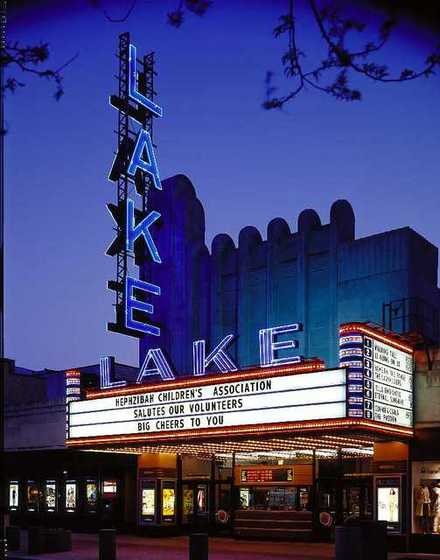 OAK PARK, IL — Lake Theatre’s Classic 1936 Film Series is coming to an end in December with the final film in the series, “Mr. Deeds Goes to Town,” slated for Monday, December 12th at 1 and 7 PM. The Classic 1936 Film Series was part of the Lake’s 75th anniversary celebration. “We appreciated the response for these wonderful classic movies,” said Shirley Johnson, owner of Classic Cinemas. The Lake Theatre is located at 1022 Lake Street in downtown Oak Park.

Winding up the celebration in December is “Mr. Deeds Goes to Town,” a comedy based on Clarence Budington Kelland’s story “Opera Hat.” Directed by Frank Capra and starring Gary Cooper and Jean Arthur in Arthur’s first featured role, the film takes place in the middle of the Great Depression with Longfellow Deeds (Cooper), a small town Vermonter who inherits $20 million from his late uncle. He promptly donates his inheritance to the needy, which leads to a courtroom hearing on his sanity. Deeds also manages to find time to fall in love with beautiful reporter and tough cookie, Babe Bennett (Arthur), who’s determined to fathom the good guy’s motivation. Happily, romance and “good Deeds” triumph in the end.

Capra won his second Academy Award for directing for the film, and Cooper received the first of five career nominations for Best Actor. The film also received nominations for Best Screenplay and Best Sound Recording. The New York Film Critics and National Board of Review named it Best Picture of 1936.

About the Lake Theatre

Designed by renowned architect, Thomas Lamb, the historic art deco Lake Theatre was purchased by Classic Cinemas in 1984 which expanded and restored the theatre with great attention to its architectural heritage. Today the theatre presents first-run movies in its seven state-of-the-art auditoriums, including three equipped with Digital 3D.

Classic Cinemas, based in Downers Grove, Illinois, is a family-owned company operated by Willis, Shirley and Chris Johnson. Established in 1978, Classic Cinemas operates 13 theatres with 100 screens in the northern Illinois area. For more information on Classic Cinemas, please visit www.classiccinemas.com.

(Thanks to jakers for providing the photo.)