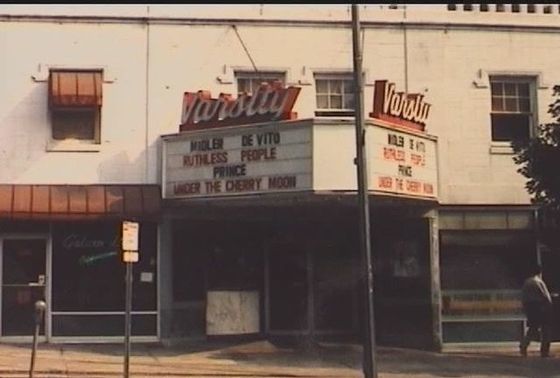 The Varsity Theatre, a downtown survivor that has lured generations of college students and townies across its sticky floors for mainstream movies, obscure art-house flicks and recent second-run film offerings, faces a do-or-die transformation again.

The independent theater on Franklin Street has joined other small-town cinemas in the scramble to “go digital” so it won’t have “to go dark.”

Paul Shareshian, who bought the Varsity in 2009, hopes to move moviegoers to help him raise nearly $50,000 to preserve a hometown theater that is a holdover from a bygone era. In a town where GATES Construction broke ground at University Mall last fall on a 67,000-square-foot luxury theater that will house 13 screens, 1,500 lush leather seats, a restaurant and a lounge with a full bar, Shareshian has a much humbler goal.

In effort to save this theater and not to mention facing competition from the huge 13-screen multiplex at University Mall scheduled to open in mid-2015, the Varsity needs everyone’s help to stay open. I have great memories of this theatre…..The original STAR WARS played here first-run in 1977.

This theater has reached its $50K goal and it is set to remain open according to the owner and manager of this theater. Read about this in The Daily Tar Heel