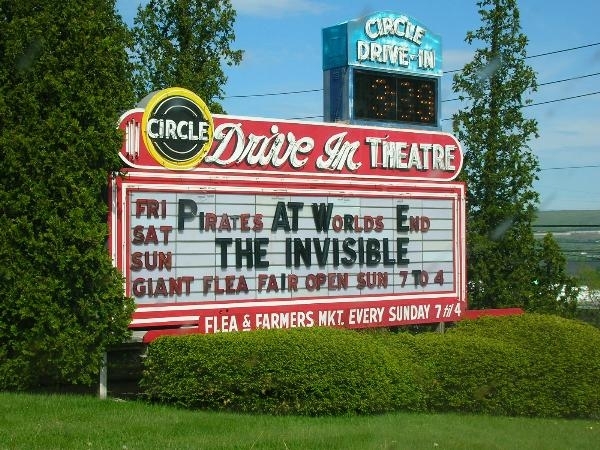 The Circle Drive-In opened in 1949 and is still operating today. This single screen drive-in has a capacity for 800 cars. In the fall of 2015 a second screen was added.

Waymarking.com has a few photos:
http://tinyurl.com/24dngg

I am pleased to report that they have upgraded to digital, and the picture and the screen have never looked better. Last summer I had the misfortune of witnessing the worst presentation I had ever seen at a professional theater, but this year I have no complaints, just happiness.

They added a second screen this fall.

The Circle web site says the drive-in was built in 1945, but its first appearance in the Theatre Catalogs was in the 1949-50 edition, owner Albert Frangel, capacity 700 cars. That’s pretty much how it stayed through the 1955-56 edition. (There was an Albert Frengel of Frengel Motor Car company in New Castle PA at the time. Same guy?)

I did some basic research and posted photos of our visit! https://driveinadventures.wordpress.com/2019/05/21/circe-drive-in-pennsylvania-open/

I saw a double feature here last week, happy to report images on both screens were bright and clear. Six new photos added.

Why the name Circle?

This is a flea market and farmers market on the drive-in on sundays only too.