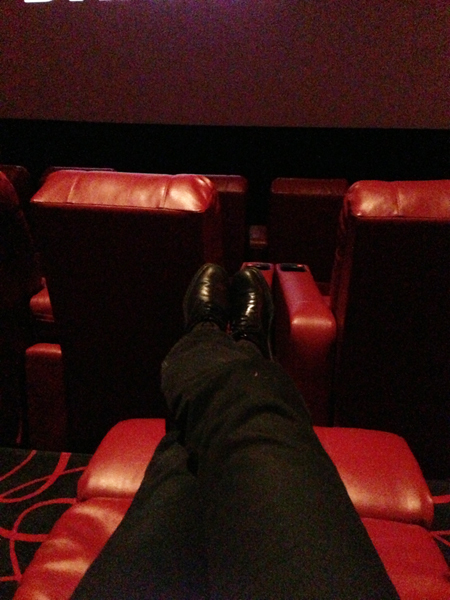 The Loews 84th Street 6 opened on March 15, 1985. Designed by architectural firm of Held & Rubin, it was built as the replacement of Thomas Lamb’s 83rd Street Theatre which occupied the southern half of the same block-front next door. It was the first phase of a condominium development on the block. Loews did not want to lose the location, so the developer built it in complicated exchange for the 83rd Street theatre site. The developer also retained the air-rights over the new theatre.

Upon completion of the new theatre, the new sixplex and old quad operated simultaneously for a brief time, then the quad closed and the developer took possession. After the quad was demolished, the condominium building was built on its site and on top of the new 84th Street sixplex, since he had retained the air-rights. Looking at it today it appears to be one building, but it is actually two separate buildings, and Loews owns its building.

The original interior was a hideous gold-and-brown color-scheme with foil ceiling panels and fluorescent lighting in the lobby areas, with a gold-with-brown-spots carpet that always reminded me of leopard-skins. The auditoriums were unremarkable. It was redecorated in about 1991 with gray wall covering, blue and red carpet and pearl-gray ceiling panels. The auditoriums had blue and red soundfold draperies on the upper walls with a gray carpet “wainscoting” on the lower walls. Odd prism type wall sconces were also added, and the ceilings were painted black.

In 1996, the lobby areas were redecorated again, this time as an “audition” for the Rockwell Group, an architectural firm that has since done the ‘theme’ designs for many of newly-built Loews plexes. The two and a half story entrance main lobby was the focus of the design, with the fluorescent lighting thrown out and replaced with a lot of cove lighting and stage-type lighting in many colors. Stylized cutouts of various New York City landmarks, the Empire State and Chrysler Buildings, the Guggenheim Museum, the (late) World Trade Center, Grand Central Terminal and even the marquee of Radio City Music Hall were installed on the side walls. The lighting was on computerized dimmers and simulated dawn-day-dusk-night scenes. The carpet was predominately red, with a deco style cartoon. The ceiling was painted dark-blue. The focal point of the room, however, was a giant popcorn bucket and soda cups standing on a pylon on the center of the room above the concession stand. The basketball-size popcorn kernels jumped up and down on hydraulic stems with strobe lights flashing underneath them to simulate popping.

In 1997, the marquee was re-done. The plain anodized aluminum was covered with stainless steel, and the fluorescent zip-change letter panels replaced with a red LED digital attraction panel. Red outlining neon and large red “Loews” letters and spotlight logo were also added.

Recently, the carpet has been changed to a blue carpet with a black deco-style cartoon. The red LED digital attraction panel has also been replaced with a 256 color 24 x 216 pixel display that does all kinds of tricks.

Last night a man’s leg got swallowed by the escalator. Thankfully New York’s finest helped the man get out of the jam.

The theater is called AMC, not AMC Loews.

On this date 30 years ago coming to America debuted. It became one of Eddie Murphy’s biggest hits.

why does this theater have an absurdly long time between the 8:35a.m. and 1:40p.m.showings of Long Shot?

Maybe they are squeezing in a screening of Avengers

Actually Long Shot and The Intruder are alternating screenings in Theater 1 and 4 with The Avengers 10:00 AM show in Theater 1. Info obtained from Fandango.

Apparently this is getting the 9 film star wars marathon—and midtown isn’t??