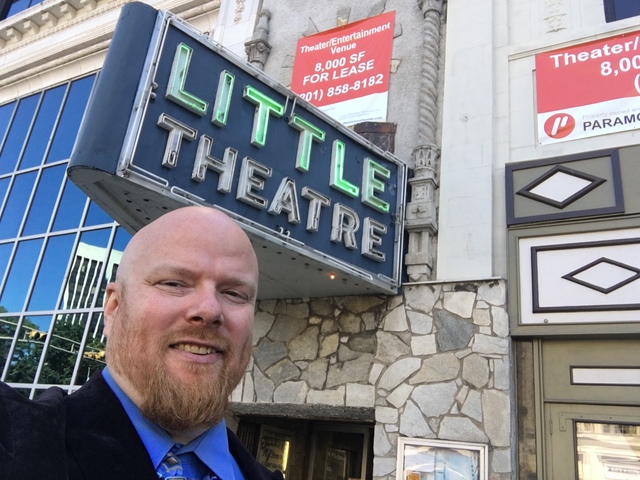 Located at the lower end of Broad Street, near the public library, the Little Theatre was opened August 22, 1928. It was a single screen movie theatre with 299 seats. Formerly showed art and foreign movies, mainly from Germany. From the late-1950’s and thru the 1970’s it screened movies which were exploitive and daring and eventually turning to pornographic movies.

Have not seen any photos of the auditorium!

I just saw this on nj.com and wanted to share of its closing…. https://www.nj.com/opinion/index.ssf/2018/07/this_little_jersey_porn_movie_house_learned_to_sur.html

I can’t believe this place is closing it was one of the old marquees that I wanted a picture of. Now that I live out of state alas I have missed my chance :(

It doesn’t appear that “the government” closed this theatre, so your assertion that you are being forced back into the closet is baseless.

And the question is…..what kind of entertainment???

Here’s the real reason why they closed because new buildings are coming to Newark and parents with kids claimed they were afraid to walk around the area because seedy characters would be lurking hanging out front and families claimed they were afraid their kids might get kidnapped and rapped thus this place had to go. I must admit none of that nonsense is true but in attempts to redeveloped Newark and attract new tenants to the area the little theatre had to go. I get it but the reality is Newark has a dark cloud hanging over it and no matter the changes I personally wouldn’t live there. At least the previous owner made a ton of money before selling. I wonder if they’ll turn the little theatre into an office or apt building and the new tenants will never know this was once a hot spot for sex and blowjobs.

I will agree with you on one thing Teddybear35, I wouldnt live in Newark either. I wasnt crazy working there before the virus hit. You are right though. A lot of new buildings and old ones being renovated.