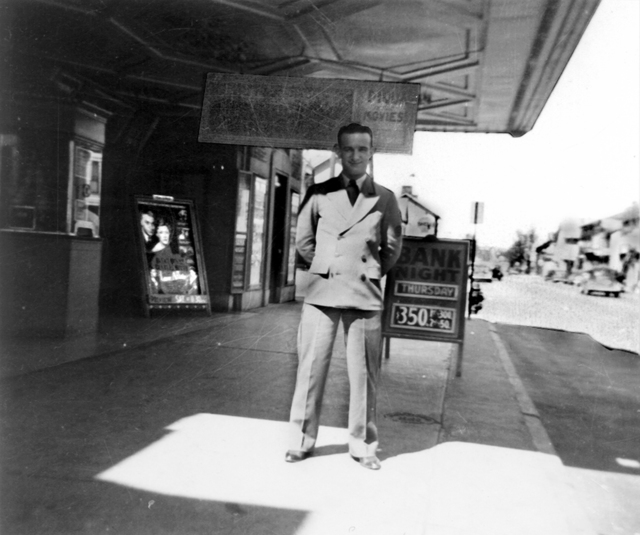 The New Ravenna Theatre was opened in 1928. In December 1937, it was taken over as part of the Schine Circuit. It was closed in 1967. The auditorium was demolished in 1969, but the front part of the theatre remains, converted to retail had apartments.

This theatre is not demolished. The building is still there and houses retail stores on the first floor and apartments on the second floor. The theatre was built in 1929 by the same company that built the Kent, OH theatre. The two buildings are very similar. It apparently closed as a theatre in the mid 60’s.

Does anybody know if this was the lee theater at one time?

The Ravenna Theatre was built by a man whose name was variably related in newspapers and articles as Burl/Burle/Beryl (C.) Steel/Steele. The Ravenna Theatre opened in 1928, and it is neither totally demolished nor entirely standing. It closed in 1967 and the auditorium was razed in 1969. The upstairs apartments, streetside retail/office space and lobby (which was subsequently converted to additional retail & office space) remain, as does the projection booth atop the rear of what’s left of the building. The Ravenna Theatre (221 South Chestnut Street) was never Lee’s Theatre (North Meridian Street. (The Ohio Theatre (which once stood at 111 North Meridian Street in Ravenna) MAY have previously been Lee’s Theatre, as I haven’t yet found them to have operated concurrently.) The Ravenna Theatre was actually named “The New Ravenna Theatre” in its first several years of operation, perhaps until it’s purchase by the Schine Circuit. The December 11, 1937 issue of Box Office Magazine reported that earlier that week, Schine’s had announced that it had acquired “B.C. Steel’s” Kent and Ravenna Theatres, incorporating The Schine Kent Improvement Corp., The Schine Kent Theatre Corp., The Schine Ravenna Improvement Corp. and The Schine Ravenna Theatre Corp. The story added that “incorporators in all four transactions [were] Peter E. Klein, Roger Zucker and Marie Boehm, all of Cleveland” and that “Beryl Steele could not be reached for confirmation and details of the deal.” While under Schine ownership (at least into the 1950s,) “The Ravenna” was formally known as “Schine’s Ravenna Theatre.”