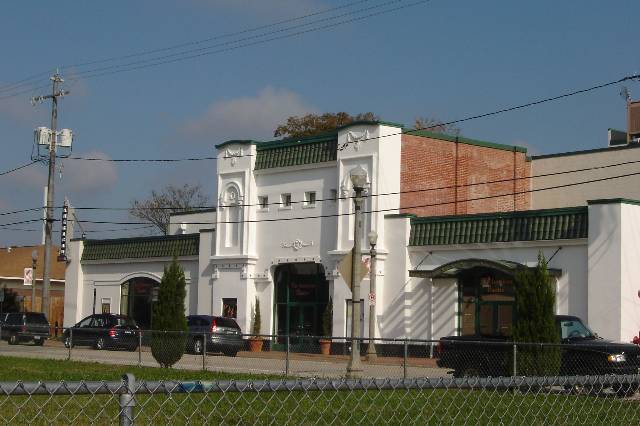 The New American Theater closed for good as a movie theater around 1996. In 1999 this theater re-opened under its original name of the American Theater. It is operated by the Hampton Arts Council and it is now a live performance theater.

Here is a 1931 photo. An interesting building, to say the least:
http://tinyurl.com/ruouc

Nice website, Looks very nice.I wonder what happened to the statues that were on the outside of the theatre?

I have removed a couple of posts with a bit of misinformation and am posting the following, which I think is accurate.

It opened a few days later in March 1932 as the Lee Theater and remained in business until 1968.

In May 1968, it became the Lee Adult Theater and remained in business as such until Oct 1984.

In Oct 1986, it opened as the New American and remained open until June 1996. It was a a theater that served meals along with the show and was operated by Smith & Wade, local entertainers.

In June 2000, it opened as the American, a cultural center operated by the Hampton Arts Center.

Chuck1231, I do not know if the theater is able to show feature films or not. However, the only things that they advertise are plays and concerts. Have attended a few plays there. Will ask the next time that I am there. It is a very nice theater but I wish that it was still the Lee that I attended as a kid.