The History of Princeton -- Landmarks 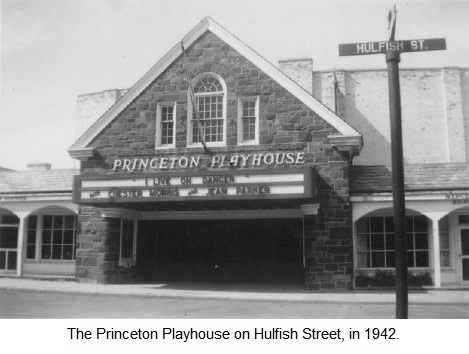 The Princeton Playhouse opened as a movie theatre in December 1937. The theater was closed and demolished in 1980 as part of urban renewal.

Listed in the 1961 FDY as part of Associated Prudential Theatres, Inc.

The Princeton Playhouse opened in 1937 (images in photos) as part of a $6 million project that included a square of businesses around the Nassau Inn. It ran for more than 40 years and was demolished on December 27, 1980. Princeton University brought the repertory cinema to its end in 1980 and sold the property for $17 million.