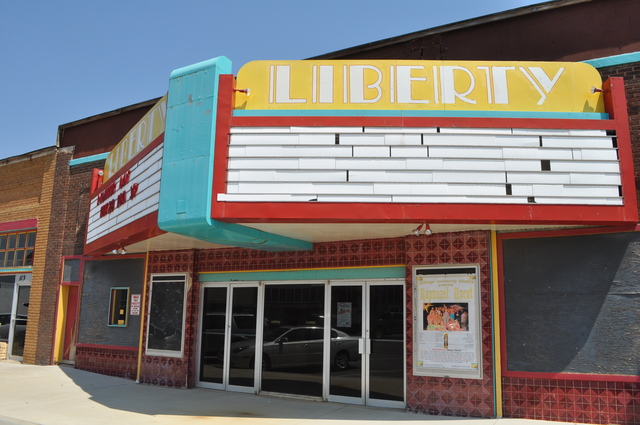 Brown’s Opera House was opened in late-January 1909. On February 21, 1924 it was renamed Liberty Theater. This theater is in good condition, but does not appear to show movies any longer.

This link has some interesting exterior and interior photos:
http://tinyurl.com/oj5zo

I’m fine with his posting of the link. I’ve been lazy about posting lately. Haven’t even updated my own site in forever!

The Liberty may have had a Reproduco to accompany the silent films. This was an automatic piano with three ranks of organ pipes thatcould also be played by hand.

A 1999 photo of the Liberty Theater on a lonely and deserted Main St. in Watonga.

Modern photos of the Liverty Theatre can be viewed on this fine site,
http://www.roadsideoklahoma.com/node/741

Uploaded a photo of the Liberty as a performance venue.

First opened as the Brown’s Opera House in late January 1909, although it might have an earlier name beforehand but was unknown at this time. It became the Liberty Theatre on February 21, 1924 after being taken over by Elmer Lewis.