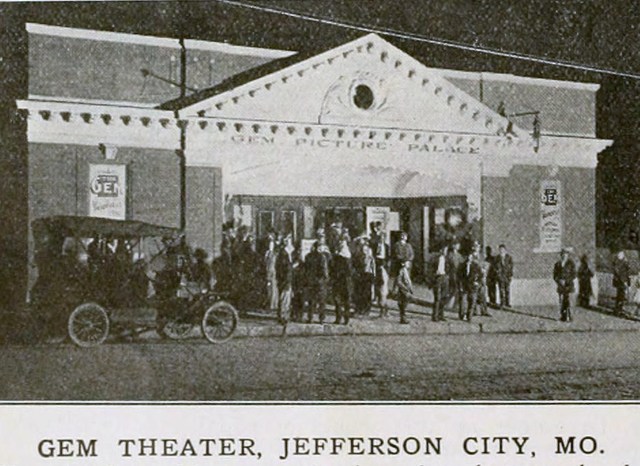 Opened in 1913 as the Roxy Theatre. It was located in downtown Jefferson City on Monroe Street just north of E. High Street. The theatre went trough a remodel later in its life and was renamed the Gem Theatre. It closed in 1951.

Here is a December 1933 ad from the Jefferson City News and Tribune:
http://tinyurl.com/44chkg

The picture posted here is the site that was originally the Greyhound bus station, then later the studios of KWOS Radio when the News-Tribune operated the station. The Gem Theater was on the other side of the News-Tribune office. The ceiling caved in sometime in the mid 1960’s in a heavy snowstorm. The signage on the front of the building said it was the Roxy Theater at the time the ceiling collapsed. The Tribune bought the site and used it as a parking lot for their employees.