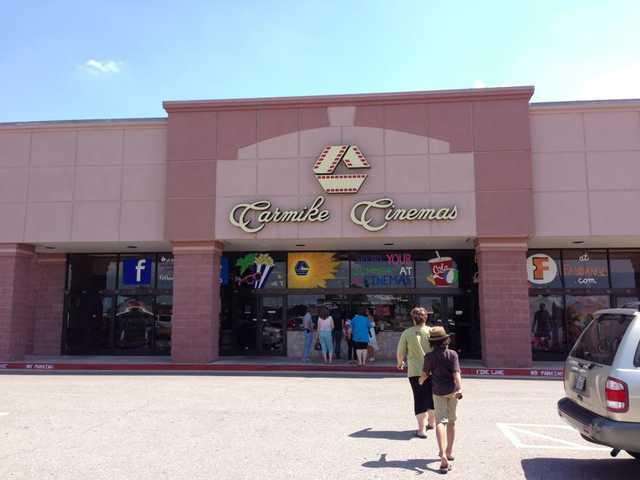 The Carmike 8 opened in December 1994 and showed first-run films and features DTS sound and stadium seating. In December 2016 it was taken over by AMC and they closed it mid-March 2018.

Kudos to the architect for the full cut-off fixtures outside over the theatre exits. I thought it was built as an 8 in ‘94?

I couldn’t find any news reports about it, so if anyone knows anything, I’m happy to update that article with details.

The Carmike 8 opened in December of 1994. It had two THX-certified screens with DTS sound in all auditroiums. A 2005 conversion to stadium seating brought the seat count to 170 in the two THX auditoriums, two 96 seaters, two 121 seaters and two 154 seaters for a total of 1,082 seats. AMC took on the theatre when it acquired Carmike in a $1.2 billion takeover in December of 2016. It was rebranded as the AMC Classic Lawton in 2017. The theatre closed a year later and the property was listed by a Dallas-based real estate firm for possible sale or lease takeover.