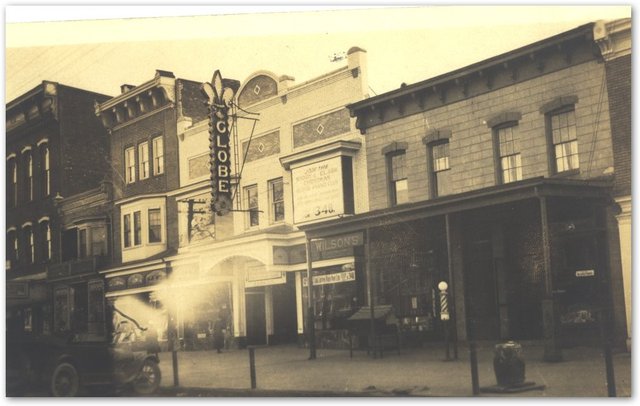 In 1935, Vineland had only two theaters: the Globe Theatre, which had been substantially closed since 1930, and the Grand Theatre. Both theaters were contracted by Warner Brothers Theaters.

The Globe Theatre and the Grand Theatre were reportedly “of antiquated construction, were uncomfortable, unsanitary, and were believed, with good reason, by many persons in the community to be unsafe.” Vineland was a prime market for the construction of a modern theater. Hence the construction of the independent Landis Theater.

Starting in September 1936, the Globe Theatre was operated on a seven-day week "for the principal purpose of consuming and delaying product required by Landis Theatre. After two and a half years of the crippling practice, the Landis Theatre decided to file suit against Warner Brothers.

Interestingly, the Globe Theatre is still listed in the 1951 Film Daily Yearbook.

Reopened as Globe on August 30th, 1935. Grand opening ad in the photo section.