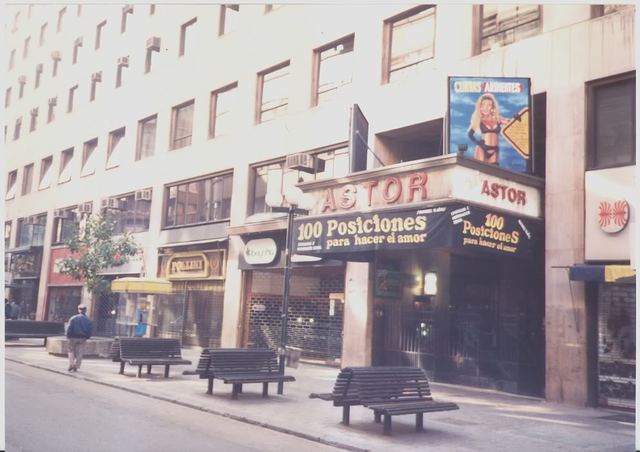 The Cine Astor in Santiago was opened as a deluxe first run cinema around 1953. It was the first cinema in Chile to be equipped for both 3D and CinemaScope, opening with Vincent Price in “House of Wax”, which was followed by Richard Burton in “The Robe” that ran for 13 weeks.

The Cine Astor still existed in 1994 when it appeared to be showing sex films.

Here is a photo I took of this theatre in 1994. The deathless masterpiece 100 Positions for Making Love was being shown.

Nowadays the cinema Astor does not exist, in his place there is a shop Ripley