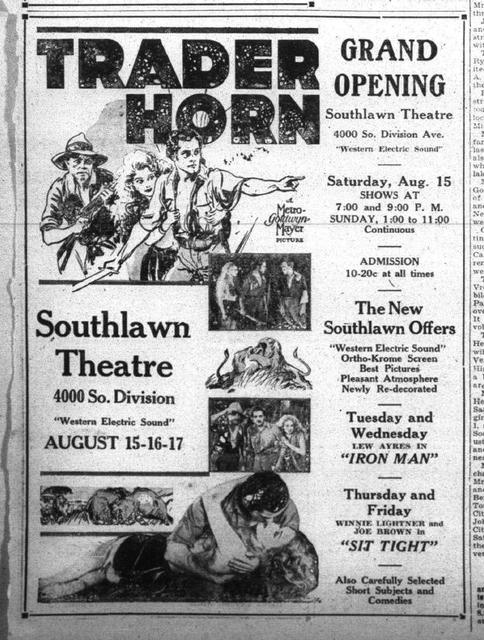 The photo page for this theater includes a scan of a 1954 newspaper photo, the caption of which indicates that the theater was being converted into offices for a freighting company. The photo shows that the theater’s poster cases still have the name Southlawn over them. The headline over the photo also says Southlawn Theatre.

As the house was still listed as the Southlawn Theatre in the 1950 FDY, and was closed by 1954, at which time the name Southlawn was still on the poster cases, I suspect that it never was called the Southland Theatre.

I also have a suspicion that the name Southland became attached to this theater through a typo near the bottom of this web page. Under some scans of ads for the theater is the line “The Southland Theater advertisements are from in and around 1936.” But the ads clearly say Southlawn.