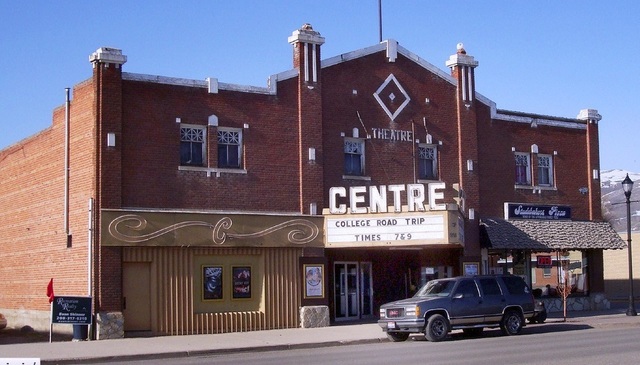 The Rich Theatre was opened April 14, 1923. Good to here of a single screen which is still holding its own. Please update if you have any additional information on the Centre Theatre.

This web page says that the Rich Theatre opened in 1923 in a building formerly occupied by an automobile dealership.

I wonder if the project listed in the January 6, 1919, issue of the trade journal Lumber ever got built:

Does anybody know if there were any other theaters operating in Montpelier during the 1920s?

Some modern photos would be nice,looks pretty cool in the 1984 shot,any out there?

Appears to be closed down as per showtimes website and its official page at http://boxoffice.printtixusa.com/westates/movies?v=2464

The theatre is open according to the telephone. They are now playing Star Wars, closed on Christmas Eve and on Sundays. The area is about 90 percent Mormon so I can understand the Sunday closing/