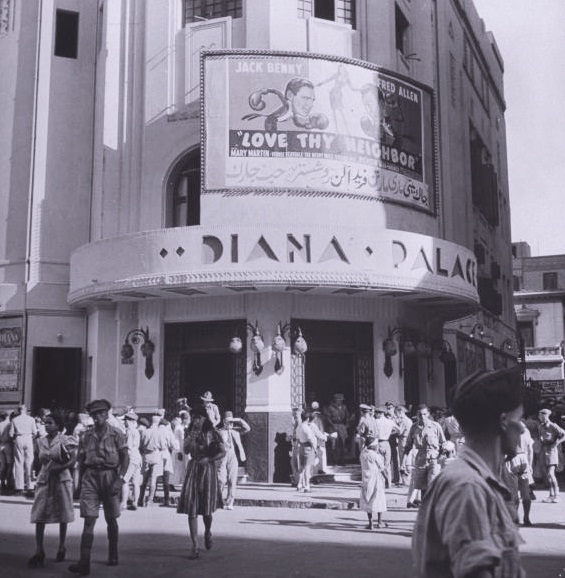 Located on the corner of Mohammed Bek Al Alfi and Emad el-Deen in downtown Cairo’s theatre district. The Art Deco styled Diana Palace Cinema was opened in the 1930’s. The Diana Palace Cinema was damaged by an incendiary bomb on 26th January 1952. It was renovated and since the 1960’s has been known as the Diana Cinema, it remains open in 2010.