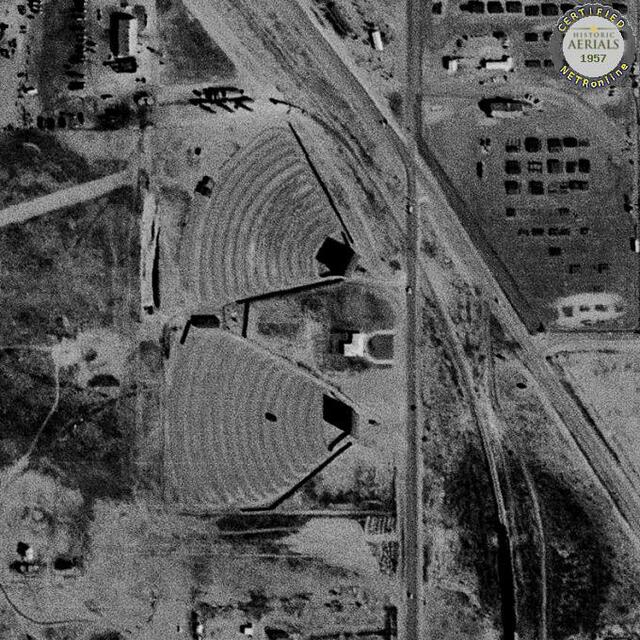 The Trade Wind Drive-In was the third drive in to open in Hobbs and opened in 1954 with a capacity for 500 cars.

With thanks to the Hobbs Public Library.

Location was on North Grimes.

Boxoffice, April 27, 1957: “HOBBS, N. M. – Two drive-in theatres – the Tradewind and the Sunset, both on North Grimes between Princess Jeanne drive and Bender boulevard – have been sold to Frontier Theatres. O. O. Knotts, former owner of the two theatres, said the transaction included a modern home occupied by Knotts between the theatres. … Mark J. Cable, city manager for Frontier Theatres, said the two drive-ins would be closed "for the time being.” Knotts built the Tradewind, northernmost theatre of the two, in 1953."