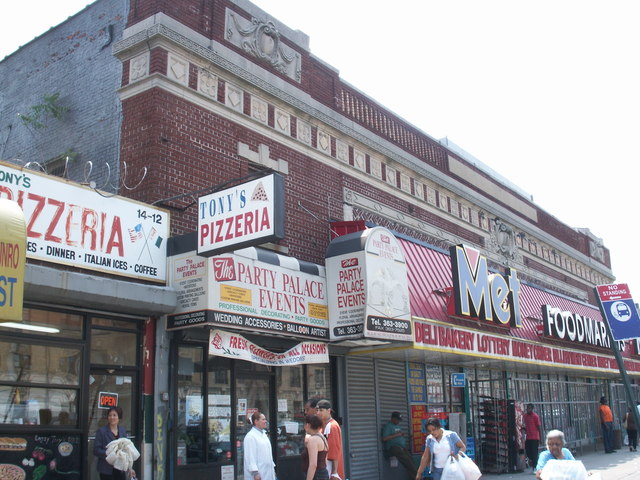 This theater was on St. Johns Place, just west of Utica Avenue in Brooklyn. The Utica Theater opened on February 12, 1920. It was equipped with a Kimball organ.

Does any of the original ornamentation of this theater reamin in the supermarket? The exterior is quite attractive, even today.

The Utica is the only theater in the neighborhood that fits the timing and description of the proposed house mentioned in an April, 1919 issue of The American Architect:

It looks like A. Stockhammer’s involvement in this theater project ended soon after the notice in the April issue of The American Architect was published, and the new developer, Isaac Miller, switched architects.

Minutes of a May 27, 1919, meeting of the NYC Board of Appeals say that permission was granted for a theater to be built on the property at 1408-1420 St. Johns Place, Brooklyn. The application had been made on May 5 by R. Thomas Short, on behalf of owner Isaac Miller.

The minutes of a December 9, 1919, meeting of the Board of Appeals establish that R. Thomas Short was the architect of the theater then under construction at 1408-1420 St. Johns Place.

I have tried lately but why are some owners/managers against people taking pictures of interiors?

The Met is out and Rainbow Shops are in, also an additional 3 storefronts. All of the façade is covered now. A Shame.